Role lock. It sounds like big companies messing with games they don’t understand. But when stoic meme-lord and Game Director Jeff Kaplan announced the plan on July 18, we heard the voices of thousands of goats suddenly die out.

So, what is 2:2:2 role lock? In direct contrast to the mind-numbing GOATS meta of triple tank, triple support that plagued the Overwatch League (OWL) for three stages in a row, 2:2:2 requires teams to have a balance of two damage dealers (DPS), two supports and two tanks. This has meant the resurrection of Reaper, who hasn’t been used in any meta since Beyblade was a thing, and Mei, his new partner in crime whose wall placement and freezing charms have revitalised the game. 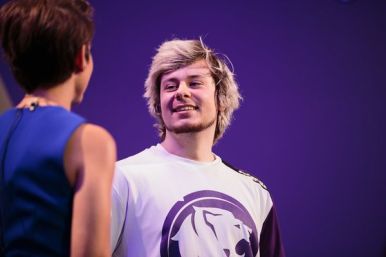 While OWL settles into a new meta, audiences are glued to their seats. Spectating is genuinely fun again, especially with teams experimenting with Wrecking Ball as main tank and Doomfist, Pharah and Sombra as surprise DPS picks. Sniper headshots are more common, and matches are less predictable. Surefour is back to his Tisumi-best with one-shot snipes scoring him match MVP more often than not.

So, what does this mean for competitive Overwatch? With role lock running for a two-week beta period between August 13 and September 1 – and Sigma but he needs nerfing already – DPS players can expect a longer wait time, but better, more balanced matches. Tanks will be in hot demand – especially if you’re an Orisa main – and supports can be expected to fulfil their namesake, hopefully with a little more variety. The best aspect of this update is role queuing, so you’ll never be pushed into a role you’re not comfortable playing. This should also reduce animosity in game – with emphasis on should – with no more fights over who will play tank or support. Now you can only fight over which character to play.

From September 1, role queue will be available to the wider Overwatch community for Competitive Season 18.

Disclaimer: This was an article I wrote for Supanova but it was too short and I didn’t get time to shore it up!

The meta is changing now with the play-offs. Sigma is reigning with his barriers at the moment, hindered only by Symmetra (yes, she’s back in competitive Overwatch!). The finals will tell whether or not this alters the viewing experience for us spectators!

Caitlin is an Australian writer currently residing in Melbourne, Victoria. After engaging in the true anime life of an English Teacher, she decided to lay everything on the line in order to pursue her dream of getting published. She thrives off an inexorable devotion to her characters, her main thrill in life to provoke the same dedication in her readers. Caitlin hopes that one day her stories will transcend cultural barriers and inspire a love of literature throughout the generations. View all posts by C. J. Cleghorn